I recently became aware of “paycheck acceleration services” aimed at workers on a tight budget.  One app-based service called Earnin advances workers part of their earnings within 24 hours of completing a shift.  There are no fees but Earnin enables users to pay an optional “tip”.  Up to $500 can be advanced per pay period.  Users report the nature of their work and provide time sheets, which the app validates by tracking a worker’s location.  The worker’s paycheck is later reduced by any advances taken during the period.

As part of the arrangement, users may grant Earnin access to their transactional data.  This allows Earnin to study the habits of its users’ shopping at retailers like Walmart and Amazon.  In September 2018, the company posted its users’ average checkout price at each retailer. Walmart purchases were the most frequent and had larger transactions, with an average of around $44.  Earnin also identified a late February/early March spike in the average spending at Walmart, which was attributed to users receiving their tax refunds.

A June 2018 survey by Bankrate.com found that 45% of respondents had less than 3 months’ worth of expenses saved.  Of those, about half had no savings at all.  Those without any cash reserves are now also missing out on higher interest rates for savings.  Over the last three years the Fed Funds rate has risen from effectively zero to its current 2.25% level.  Many banks now offer interest rates near 2% on FDIC-insured savings deposits, and 30-day Treasuries yield 2.25%. $400,000 in 1 month Treasuries now creates a dollar of interest every hour.  In November 2015, the same capital in Treasuries would have taken 16 hours to generate a dollar.

While researchers tell us that much of our approach to finances is hard wired in the brain or learned in childhood, certain behavioral approaches that promote saving can be learned.  Behavioral finance researcher Shlomo Benartzi and Nobel prize winner Richard Thaler pioneered an approach called “Save More Tomorrow” which asked 401k participants to commit in advance to saving more into their 401k account, next year.  They found that less than one third of participants were willing to immediately increase their savings rate.  However, of those, almost 4 in 5 committed to increasing their savings in one year’s time.  When the increase went into effect, only 2% dropped out within a year, and after four years all but 20% maintained the higher savings levels.

As with resolutions and dessert, it tends to be easier to put off a sacrifice to some date in the future.  For those contemplating changes in the New Year, there is still December to enjoy! 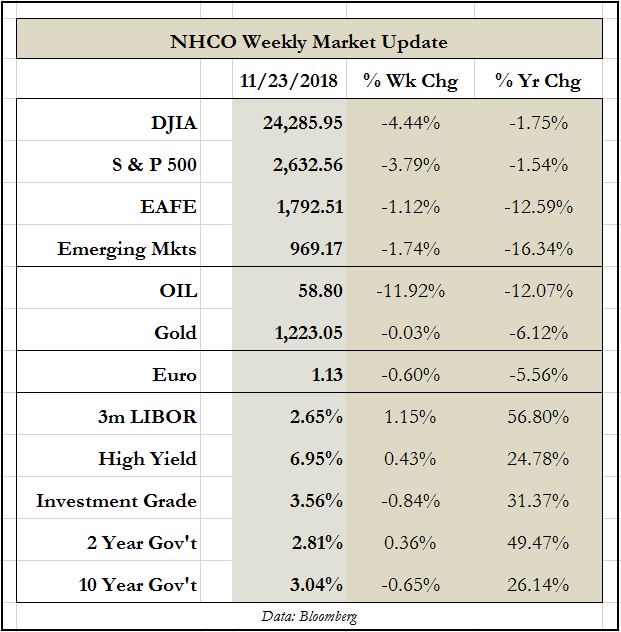